STA receives funding from a number of regional sources, such as MTC and the Bay Area Air Quality Management District (BAAQMD) that the STA Board allocates towards Solano County projects.

Administered by MTC and STA

TDA Article 3 is generated from a ¼ cent sales tax assessed statewide for transportation improvements. 2% of these funds are returned to the counties in which they were generated for bicycle and pedestrian projects. TDA Article 3 funds are administered by MTC and allocated by STA. Typically, Solano County receives about $350,000 per year, and funds are allocated in the spring in advance of an upcoming fiscal year. In order to provide greater leverage of funding, STA typically allocates TDA Article 3 first to projects needing a match for grant funding. Secondarily, they may be used to fill cost overruns or fund smaller projects. Recent example projects funded by TDA Article 3 include: 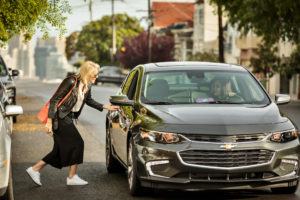 Administered by BAAQMD and STA

TFCA funds are collected from a $4 surcharge on all registered vehicles within the BAAQMD (in Solano County, this includes Fairfield, Suisun City, Vallejo, and Benicia). The funds are used for projects that help to reduce air pollution, such as bike and pedestrian projects, clean air vehicles, transit, and promoting alternative commute options. 60% of these funds are allocated to the BAAQMD Regional Program, which funds their grant programs for bikeway projects, EV infrastructure, vehicle replacement, trip reductions, etc. The remaining 40% of the funds are given to each county’s CMA for projects within their own county. These funds are known as County Program Manager Funds (CPM). Each spring, STA allocates these funds (usually $300k to $350k) to eligible projects in the southwestern portion of Solano County. Typically, a certain portion of these funds are set aside to fund Solano Mobility, which has several programs promoting alternative modes of commuting (bike, walk, transit, carpool, vanpool, etc.) Other example projects funded with TFCA funds include: 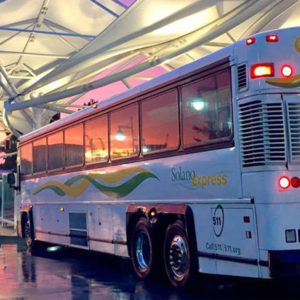 Administered by MTC and STA